The Ontario Soil and Crop Improvement Association (OSCIA) held its annual general meeting earlier in February, setting out the executive for the coming year, and naming its Soil Champion for 2022.

Leading the organization will be Eastern Ontario farmer Warren Schneckenburger, who will serve a one-year term as president. 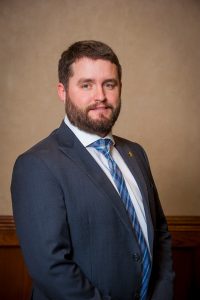 Van Arkel grows corn, soybeans, wheat, sugar beets and sunflowers, finishes hogs, and has been looking for ways to reduce tillage and feed the soil’s biology for close to 40 years – and he’s always ready to participate in research and share his thoughts with others, whether online or in person.

“Woody’s passion for soil health and his drive to continually look for new and better ways of doing things make him a worthy recipient of the OSCIA Soil Champion Award,” says OSCIA resident Schneckenburger. “Through his willingness to share his soil health experiences openly, he has become a valuable source of information for other farmers who are working to improve soil sustainability on their own farms too.” 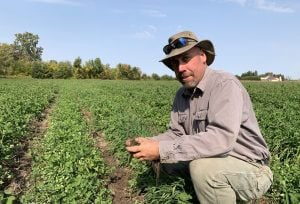 Manure from the pigs is applied after winter wheat, followed by a cover crop. For the last three years, he’s been using perennial cover crops between his row crops as part of one of Agriculture and Agri-Food Canada’s Living Lab projects.

Van Arkel believes there are three changes over the course of his farming career that have had the most impact on his soil’s health: GPS guidance for his tractor that has enabled him to adopt precision planting, switching to no-till for his soybeans, wheat and sunflowers, and strip-tilling sugar beets and corn.

Fortenza on its way to Ontario for the 2016 Growing Season

Do You Know What Is In Your Ground?