Grain prices this week were mostly in the green as the market continues to weigh geopolitical risk versus weather risk (and thus, planting risk). And though planting is certainly behind in many areas of the major North American growing regions, it’s still early (relatively speaking).

U.S seeding is well below behind the usual averages, and in Western Canada it’s a similar story (again, relatively speaking). The first Saskatchewan crop report showed that basically nothing had been seeded through to May 1st, thanks to a cool and late spring. A year ago, 1% of ALL (not just canola) Saskatchewan fields had been seeded, with the five-year average being 6%.

It looks like this year will mirror the spring of 2013 when cold Prairie weather delayed crop seeding in the province. In that year, by May 20th, just 23% of all Saskatchewan crops had been seeded! In the subsequent two weeks though, 83% of all crops were seeded.

In Alberta, through May 1st of this year, less than 0.5% of crops had been seeded. Like Saskatchewan, in 2013, total Alberta seeded acres was just under 3% in the first week of May. Two weeks later, by May 21st, 66% of Alberta fields were sown. 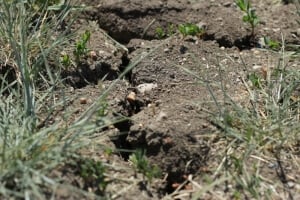 From a precipitation and weather standpoint, a big chunk of the Canadian Prairies continues to look dry. According to the North American Drought Monitor, there are areas of severe to extreme drought in Saskatchewan, namely south of the #1 Trans-Canada Highway. Similarly, there are plenty of moderate drought and abnormal dryness areas stretching east into Manitoba.

Using history as indicator, some healthy rains are likely to show up in the next few weeks. And though moisture is pain in the butt as it slows fieldwork, it certainly provides another foundation for a weather rally.

On that note, corn prices pushed to their highest levels since August 2017. Delays in planting, ongoing concerns about South American weather, and expectations that global stocks will decline in the year ahead. Before we get into the supply and demand factors that have corn prices pressing well above $4.00, let’s take a look at the futures contracts that we regularly monitor. 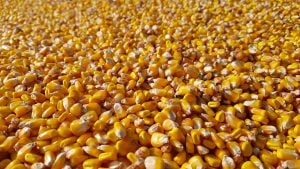 Major second-crop growing areas of Brazil are also seeing drying conditions, with vegetation maps showing deteriorating crop health. It’s clear that the wet season in Brazil is over and with some warmer temperatures over the next two days, we might see bleaker soil moisture conditions in these areas of Brazilian corn.

Next door in Argentina, things are looking a bit wetter through to the middle of May. While this is a welcome sight for replenishing extremely depleted soils, it will halt the soybean and corn harvest with about 1/3 of both crops still in the field waiting to be harvested. And with the rain falling when the crop is ready to harvest, quality concerns immediately spike. 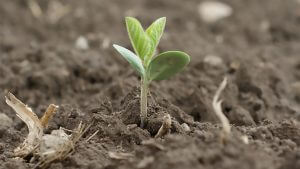 Part of the reason is the Canadian Loonie weakening below 0.78 USD. Also pressuring canola prices is soyoil, which is down 7.5% for the year, including losing more than 4% alone in April. Another factor for the weaker canola prices is that they are already expensive relative to other oilseeds, like soybeans. 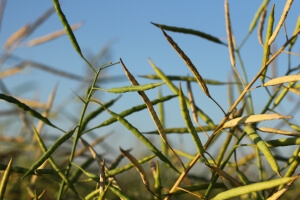 It’s hard to say where the truth lies. Canola acres could certainly be constrained due to crop rotations. But prices are relatively decent and so, the truth is probably somewhere in the middle. In other words, there is a chance we may be some upward revisions but not as drastic as some traders and analysts expect. 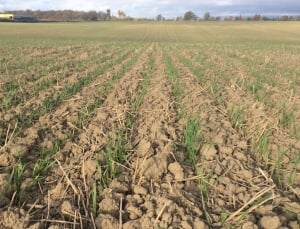 This past week, winter wheat markets were impacted by the Wheat Quality Council’s winter wheat crop tour through the U.S. Southern Plains. Chicago soft red winter wheat prices on the front-month July contract increased 5.6% or nearly 28¢ since last Friday to close at $5.263 USD / bushel. The December contract was up 4.7% or 25.2¢ to finish at $5.63. Kansas City hard red winter wheat prices also preformed favourably this week, up nearly 5%, or more than 25¢ to finish at nearly $5.56. The December contract was up the same amount and almost cracked $6 USD / bushel!

The tour did come up with some numbers though! The Wheat Quality Council expects that total Kansas wheat production should come in around 243 million bushels based on an average yield of 37 bushels per acre. We also got winter wheat production estimates for:

Keep in mind that an immature crop isn’t usually a good indicator of final yield. In the past 20 years, when less than 10% of the Kansas winter wheat crop was headed by the end of the April, yields were as much as 30% above AND below the long-term trend average. Conclusion? The weather over the next month will likely have the final say when it comes to winter wheat yields. Historically speaking, if the region receives some rains in May, then the crop actually tends to turn out pretty good. And all those gains that get built into the market are eventually erased as the size of the crop is understood.

Corn School: A look at 2019 markets with Philip Shaw

Where Art Thou Plant 2017? — This Week in the Grain Markets

Taking A Few Hits — This Week in the Grain Markets

Semex, a Canadian-based, farmer-owned cattle genetics company, and Recombinetics, a gene-editing company, have formed an alliance to bring hornless dairy cattle genetics forward through the use of TALENs technology. TALENs involves very precise gene editing that makes small adjustments to the genome of an animal to delete, repair, or replace individual elements of DNA. Because dairy cattle breeds…