The Chinese government could move forward on allowing imports of three canola traits that have been awaiting Chinese approval for five years during Prime Minister Justin Trudeau’s visit this week, according to a report from Global News.

However, some canola seed industry stakeholders are skeptical that full approvals will be announced in the next few days.

The Canola Council of Canada is not confirming the report, but the council is hoping to have more information to share later in the week, possibly as soon as Tuesday. Council president Jim Everson is in Beijing for Trudeau’s four-day visit.

The Canadian trade mission follows exploratory talks looking at the possibility of a bilateral trade agreement between Canada and China — a deal that could potentially address the unpredictable process for new trait approvals.

WHY TRADE WITH CHINA MATTERS TO CANADIAN AGRICULTURE

The following new canola traits have been approved to be grown in Canada since 2012, but have not been sold to farmers while awaiting Chinese import approval: 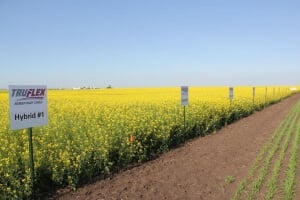 There have been rumours in the past that all three traits have been close to approval, but the lack of transparent timelines for Chinese approval has frustrated the trait developers.

Countries will often have some announcements planned prior to these types of meetings.

When our team posed questions on the probability of approval to some of the Canadian canola seed companies and trait developers, their responses ranged from doubtful to cautiously optimistic that an announcement will be made this week.

Although the trait developers have been waiting for a long period of time, it appears a sudden announcement this week will catch the companies off-guard.  The earliest commercial release would likely be for the 2019 seeding season.

Corn School: Why do farmers till corn stalks?

It pays to manage corn stalks. That message was heard loud and clear when agronomists Pat Lynch and Jonathan Zettler asked farmers why they till soil following a corn crop. The pair publish The Cropwalker — a weekly agronomy newsletter, and heard from 372 respondents in a Twitter poll. The top reason for tillage, cited…