Grains continued to trade sideways to lower through the end of February as the data points that keep coming do not support a reversal of the bearish market fundamentals. The market is taking into account more crop conditions from Europe and South America, while adjusting for the new forecasts for U.S. grain supply, demand, and acreage for the 2016/17 crop year.

Prospects for the South American soybean crop continues to increase with continued non-threatening weather, and with currency effects helping maintain the prop up of domestic prices, Brazilian 2nd-crop safrinha acres are likely also increasing. An interesting caveat to the new Argentinian government is that less port worker strikes are expected this year, meaning less short-term pops in the market to take advantage of.

Here in North America, soil moisture across the majority of row cropland in the U.S. is adequate but the dryness does start to creep in around the northern states in the western half of the Canadian Prairies. How may this affect markets when El Nino turns into La Nina? When long-term forecasters are making this call for a shift from one phenomenon to the other, this happens over a few months, not weeks. Accordingly, it’s hard for me to think La Nina’s effects will affect too many 2016 crops north of the equator but will have a greater impact on South America’s crop next year. 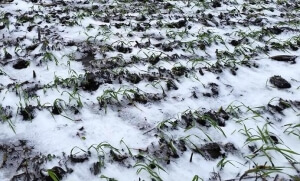 More wheat bulls are looking to Europe for the condition of the winter crop there, with concerns for winter hardiness the loudest in Ukraine, Poland, and parts of Germany and Romania. The U.S.D.A. recently pointed out that warm temperatures across Black Sea is melting snow and leaving crops exposed to late-winter or early spring cold shots.

Temperatures in Ukraine and southern and central Russia are more comparable to that of mid-to-late April, with crops in the southern regions greening about 5 weeks ahead of their usual timing. More specifically, we’ve seen estimates for the 2016/17 Ukrainian wheat crop to come in at 17.3 million tonnes, a 36% declines from what the U.S.D.A. said was a 27 million tonne crop in 2015/16! In my opinion, this headline continues to be best possible catalyst to a bump in prices, but it’s be tough for us to see more than 8 – 10% gains from today’s levels.

One thing reigning in any gains is that 94% of the wheat crop in France is considered to be in good or very good condition, the best rating the crop’s received since 2001. This is technically a bit of a drop from the 98% good/very good rating that the crop had in November but up from the 92% rating that last year’s near-record crop had in February 2015.

Further reigning in any gains was the International Grains Council recently raising their expectations for the 2015/16 carryout on a global level, raising corn numbers to 206 million tonnes. Taking it a step further, total coarse grain and wheat carryout to close out the 2015/16 year at a 29-year high of 465 million tonnes!

The U.S.D.A. also had their annual Ag Outlook Forum at the end of February, and their outlook isn’t much rosier than many others. The bureau is forecasting 90 million acres of corn (+2 million from 2015), 82.5 million acres of soybeans (-200,000 from last year), and 51 million acres of all wheat (-3.6 million acres year-over-year) with both spring and winter wheat down considerably.

Comparably, Rabobank is forecasting that wheat prices will hit a 6-year low in Chicago, as the Dutch agricultural firm does not see prices on the CBOT for soft red winter wheat returning above $5.00/bu before the end of 2016. Rabobank notes that “ferocious” activity by exporting nations with weaker currencies – i.e. Russia, Ukraine, and even now Argentina – are dragging down the market (potentially the reason that while Cargill is pulling out of the crop inputs business in the Black Sea, they are investing $100 million USD into a new grain terminal at a Ukrainian Black Sea port).

The offsetting variable to this is obviously that with lower crop prices, it’s hard to justify significant acreage. Why? Simply put, $3.50/bu corn doesn’t make a profit (just ask some of the farmers in the cornbelt who are having to throw the towel in). This tough reality is especially true in fringe areas like the Northern Plains where it’s expected that we’ll see more sunflowers and pulse crops get planted across Montana, the Dakotas, and Minnesota, where the ROI is simply too much of a catalyst to ignore the switch. 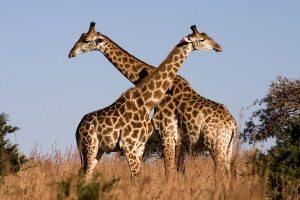 Finally, the most significant thing we saw at the end of the month was canola dropping like a baby giraffe out of the womb thanks to 3 main factors: the Canadian Loonie climbing higher (+8% so far in 2016!), soybean oil trading quiet, and, most importantly, China suggesting that they’re changing their dockage tolerances for imports (you can also count the fact that there’s still a fair amount of canola in the bins).

While this is not 100% set in stone yet, the Chinese is trying to rid itself of its built up inventories, and so the market is doing what it always does: pricing in the risk of all variables related to the trade of the commodity. By dropping they’re max tolerance from 2-2.5% to 1%, this increases the cost of exporting product, mainly via cleaning. Intuitively but unfortunately, this cost, roughly about 20-30 cents/bushel, will be passed onto the farmer.

All in all, these numbers shouldn’t come to you as a surprise as the bearish fundaments have existed for a while and we’ve continued to preach the gospel of good risk management practices. If you haven’t already adjusted your expectations for your marketing plan to account for the aforementioned, the real surprise may come when you’re making sales near the bottom when you have to (for cashflow or bin space purposes) versus when you can / could have in the top 20-25% of the market. The buck literally stops at your farm.

Finally a bullish report, or was it?

It’s time for Day 3 of Ontario Diagnostic Days! The annual Ontario crop diagnostic days were back in the field on July 20 and 21, 2022, but only at Ridgetown campus University of Guelph. Not everyone could attend these two field days, so the organizing committees of these highly successful in-field education and learning events are…