I hit the road this week to attend a Planned Grazing Management workshop in Lacombe, organized by the Grey Wooded Forage Association and Organic Alberta. It was the first time I’ve heard Jim Gerrish (co-owner of American Grazinglands Services LLC) speak, though I’ve often heard his name mentioned in circles of self-proclaimed “graziers.”

I often find the days that follow a conference or workshop fairly overwhelming, as I try to wrap my brain around all of the different material. Today, as I often do, I thought I would write my way through it, and invite you to read along as I list some of the most powerful messages, reminders and suggestions I heard.

Management is Intensive — Not Grazing 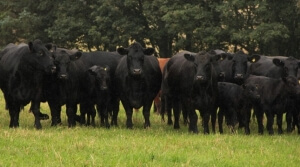 It was a phrase Gerrish used after he finished going through his definitions of various planned grazing methods. He said, they all had one thing in common: that it is the management involved is what’s intensive, not the grazing. And that management centred around the four ingredients needed for meat, milk and fibre: carbon dioxide, solar energy, water, and soil minerals.

Each of the three afternoon presenters acknowledged this as well, featuring insects, fungi and residue management more than their four-legged friends in their talks.

Rather unsurprisingly, managing grazing lands through droughts came up a few times throughout the workshop. And one message seemed to surface every time it did: be prepared to de-stock.

The worst thing you can do when confronted with drought conditions, Gerrish said, is provide supplemental feed then go into the dormant season without enough feed.

In the discussion that followed, Luce added that, in drought, you have to look after the people. It was a pretty powerful statement, and something I can’t say that I’ve thought about before. Our stress. Our health. Does it not seem, in thinking back, that your own health — both mental and physical — is strongly correlated to the health of your land? Why then, push it further in drought years?

But, it’s easy to suggest de-stocking; it’s not so easy to follow through, as a few pointed out yesterday. Those animals are a source of pride. There are emotions involved. That’s why Lucends Ranch has chosen to take that “human element” out of the equation. Luce suggested a drought plan also involve filling out phrases like: “If we don’t get ___ inches of rain by ____, it is time to de-stock.”

For Hall, this year’s drought meant being open to change, but didn’t come down to pushing him to destock. He told us he usually takes about 25% of the growth to promote tillering, but this year, part-way through his first pass, he decided to slow down and took 80% instead. Then, fortunately, the rains came, and the fields that had seen little (25%) grazing responded quickly.

Diversity came up a few times over the course of the workshop, first on the agronomic side, with the importance of using combinations of plants, varying the season of use and interseeding complementarity into pastures. 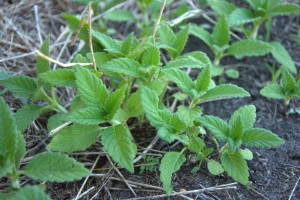 “I don’t mean one more stinkin’ deer out there,” joked Gerrish, who emphasized the importance of biodiversity across birds, mammals and insects.

But it also came up later in the day, on a slightly different topic, with Kenyon. Besides direct marketing “pasture raised pork” and “farm fresh eggs,” Greener Pastures Ranching also sells a boardgame under the same name, and stinging nettle tea.

“What can you sell on your farm?” Kenyon asked us.

It was a good day, overall. And even for those who felt they didn’t learn all that much, it ended up being a powerful reminder of the importance of leaving enough.

7 Reasons to Compost Manure and Other Waste On Farms