A combination of a poor malt barley crop this year and a longer-term downward trend in malt barley acres is leading North American maltsters and brewers to import more barley from Europe.

An estimated 70 to 80 percent of the barley crop in Western Canada was hit by rain or snow just prior to harvest, leading to a spike in prices. Only around 30 percent of the crop in Alberta, Saskatchewan and Manitoba is expected to qualify for malt quality. 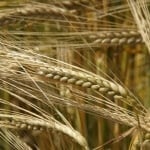 “The general trend over the last 15 years is that malt barley acres have really declined. Take that with our poor quality crop and we’re probably looking at our lowest carryout stocks in history in Canada,” says Lorelle Selinger, North American malt barley merchandising manager for Cargill.

The tight supplies have resulted in historically wide premiums for malt over feed barley: “I’m seeing the widest spread in my career between malt barley and feed barley. It can narrow down as low as 25 cents, but this year it’s been well over $2,” she notes.

However, prices in North America are capped by the cost of acquiring malt-quality barley from overseas.

“Typically the amount of barley imported into North America is very, very low. We’re mostly an exporter and can export well over a million tonnes, but in a year like this, it’s possible we’ll end up importing up to 500 thousand tonnes of malting quality barley into North America,” says Selinger.

She’s hoping the relatively strong prices will help barley compete against other cereals for acres in 2015, noting there could also be logistical benefits for producers growing malt.

“There should be a lot of harvest movement opportunities, because stocks will have been very tight for all maltsters and buyers, also in the export market,” she says. “I think prices will remain on the higher end of historical over the next year because we’re going in with really tight stocks.”

Selinger discussed the malt barley market, as well as a trivia tidbit about barley and the English measurement system, with Kelvin Heppner at Farm Forum in Saskatoon earlier this month:

Ending it Strong — This Week in the Grain Markets

Chasing Targets — This Week in the Markets

Is it possible to Gamestop agricultural markets?